Tracker Mortgages are in Trouble

Tracker Mortgages are in Trouble

You may have heard of the chain of events related to tracker mortgages. It involved alleged abuse by banks, people losing their homes, and even families breaking down. It sounds pretty serious and terrible.

But first, what is a tracker mortgage?

In a nutshell, it’s a mortgage where the interest rate is the ECB main borrowing rate with an added 1% or so. How much additional interest depends on each bank.

The logic behind a tracker mortgage is simple. If ECB rates go down, you pay less interest on your mortgage in turn. Very appealing to anyone at first glance.

But of course, it carries a risk. If the ECB rate rises, you’ll pay more interest in turn.

People didn’t want that risk, so they did this.

They asked their banks to switch to fixed-rate mortgages for a certain number of years (usually three). At least with this, people were sure on how much they needed to pay. The banks agreed to these terms. Then, after those years have passed, they’d be brought back to their tracker mortgage rates.

But the banks didn’t do that.

Instead, people were put on mortgages with higher rates. The banks would then pressure people into paying, threatening repossession of their homes. People didn’t want to lose their homes, so they paid up.

However, some still ended up losing their homes.

According to a Central Bank of Ireland report, over 23 have already had their homes repossessed. And financial experts estimate that over 30,000 mortgage holders are affected by this scandal.

So, the question now is:

What can I do to avoid this?

Pay close attention to the mortgage you’re availing when buying a new home. Don’t settle for anything that sounds a bit odd. Choose your loans and your real estate brokers wisely. Being meticulous now will save you from a future full of stress. 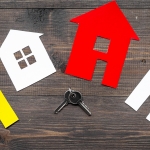 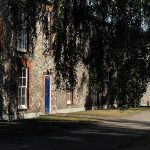 What are Ireland’s Building Requirements?

Owning a home is a keystone of wealth… both financial affluence and emotional security.